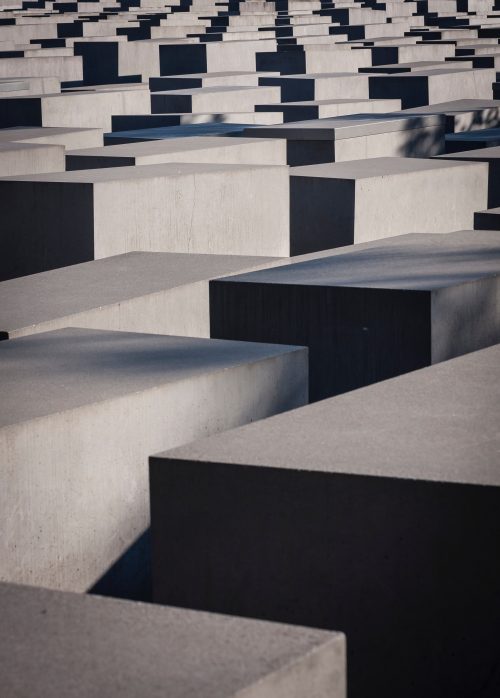 Definitions are everywhere, but they’re too wishy-washy.
The question remains like an itch you can’t scratch deep in the sub-cockles of your brain.

Let’s answer the question in a short and simple post. 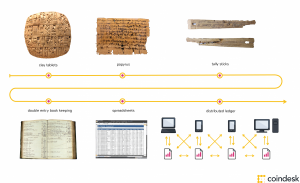 Well, then, what’s all the fuss about? That ain’t no revolutionary concept!
Hold on there skipper, let’s dig a little deeper….  {Star-wipe to some techy speak}

complicated image of how blocks on a blockchain connect using hashes.

Blockchain stores groups of transactions on, you guessed it, blocks. The block are linked to each other in a… let me hear you say it… chain, using a cryptographic function (translation – maths) called a hash and stored on a node. Nodes are just computers tracking the ledger.

Each node on a blockchain has a copy of all the transactions since the beginning of time. How many nodes are there? Each blockchain is different but, if we’re talking about that one blockchain implementation you may have heard of.. Bitcoin, there’s approximately 9863 worldwide. That’s a lotta nodes.

1. The database is distributed and decentralised

Blockchains, don’t rely on centralised databases. Instead, Blockchain data is stored on nodes. Those nodes store a copy of the entire transaction database. There are typically thousands of nodes on a blockchain network. It would be virtually impossible for any party to take down a blockchain because they would have to attack more than half of all the nodes on the blockchain network. Sound like a broken record? Yeah, you read this earlier.

In true blockchain, communication happens between peers instead of relying on a central server. Think Napster for storing transaction records.
In the world of finance, everyone type of transaction collects a fee. Banking fee, interest fee, ATM fee, here a fee, there a fee, everywhere a fee fee. Some banks revenues can reach as high as 50% from fees. P2P transmissions alleviate the need for middle-men when conducting any sort of transaction functions as the two entities entering into a transaction can conduct business directly with one another.

One of the main reasons blockchain was created was to solve the specific problem of providing trust when all participants are anonymous. Huh, isn’t that an oxymoron? Read on my friend, you’ll get there.
For transactions to be part of the block, data needs to flow from a sender to a receiver.

Enter a new concept: the wallet. Not the Gucci kind.. the digital version.

Wallets are 30 digit addresses that hold whatever is being transacted on the specific chain you’re dealing with. They can also initiate send/receive operations on the blockchain. There are numerous types of wallets that we’ll explore in another post. All you really need to know at this point is, a wallet holds tokens/value/whatever-you’re-transacting; and it initiates operations on-chain.They interact directly with the blockchain.
With that in mind, let’s review how users stay pseudonymous.

How can users be identified on a blockchain:

If you don’t have a dictionary, immutable means “no changey possible here”. Once a transaction is written to the blockchain, the record can never be changed. Ain’t no edit feature for records written to the blockchain. This creates trust in a trustless system. This is in stark contrast to spreadsheet and database tables. Records in both of these implementations can not only be changed they can also be deleted. After it’s validated by consensus on the network, a transaction is stored on a block in chronological order and distributed to nodes on the network.
What the hell is consensus? Come on.. you know what it is.. consensus is a way of coming to an agreement. There are as many consensus mechanisms as there are blockchains, so for now, just know that to validate a transaction on a blockchain, nodes must come to consensus on whether the transaction is valid.

Transactions can contain logic, and by logic, I mean the ability to execute a whole workflow based on rules. Know anything else like that? How about the sale of a property, or an insurance contract. 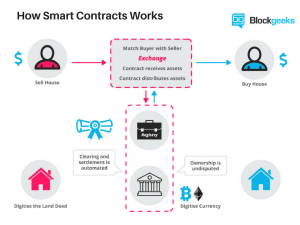 Virtually any contract from legal, to property to medical records can be converted to computer code, stored, replicated and executed through code on a blockchain. That’s right, blockchain can effectively remove trust parties and middlemen which can save customers both time, conflict AND money.

Smart contracts technology is like a vending machine. Normally, customers employ a lawyer or a notary, pay them, and wait while get the document is created. With Smart contracts, you simply drop a Bitcoin/ETH/utility-token-of-the-blockchain-you’re-on into the vending machine (i.e. ledger), and the escrow, driver’s license, home deed, insurance payout, or whatever drops into the customer’s account. Smart contracts not only define the rules and penalties of an agreement in the same way that a traditional contract would, but also automatically enforce the obligations of it.

Imagine replacing all the lawyers, insurance processors, banks, supply any trust company that governs contracts and all the fees they charge.
Sign me up.

Let’s make this as simple as possible. At a very high level, a Blockchain  distributed ledger to track transactions where you don’t want a 3rd party involved. The most popular use cases involve montary value of some kind but  transactions can include complex instructions.

Addendum: To the reader, this is a very simplistic view of blockchain. There are many different flavors of blockchain in the space, and as such, not all may be represented in this summary. Stay tuned for deep-dives into various blockchain implementations in the near future. 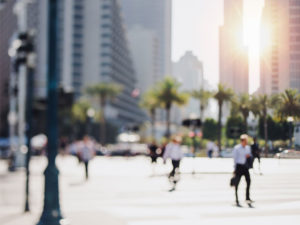